ACETIS, an exceptional condiment for refining your dishes

ACETIS is a unique condiment obtained from the maceration of Fir tree buds and branches mixed with balsamic vinegar.

Its natural and wild flavor, intense aromas in addition to its gustatory qualities make this vinegar an exceptional condiment for your dishes and your vinaigrette sauce preparation.

Store at room temperature, away from moisture and light.

Consume within two years after opening.

An ideal condiment for all your culinary creations. ACETIS will be perfect for lacquering your meats (duck, veal…), for your sautéed mushrooms or for going well with your cheeses.

You can also use it for making your vinaigrette sauce or for flavoring your oven-cooked fruits and ice-creams. 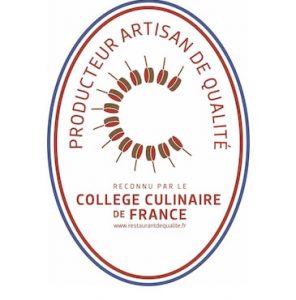 Price is per mousseline. You can make up to 1 litre of cold beverage with 1 mousseline. The nose is essentially lemony, strongly evoking verbena, with a slightly spicy touch. It emanates a wonderful impression of freshness. “A light, floral green tea with jasmine and bergamot notes” Email us at info@food-origin.com  to receive the order form. Order before Sunday June 13th for delivery on June 27th